Convocation ceremony was held in Lingaya’s Vidyapeeth on Thursday October 18, 2017 in which more than 500 students were awarded degrees. Honorable Pro Vice chancellor introduced the chief guest of the occasion Prof. V.S.S. Kumar (Honorable Vice Chancellor JNTU Kakinada)to the academic procession. Afterwards Honorable Vice Chancellor Dr. R.K Chauhan, Chancellor Dr. Picheswar Gadde and other important guests moved for the lighting of the ceremonial lamp and the Convocation was declared open. Dean Academic Dr. Pragati Kapoor introduced chief guests to the people sitting in the auditorium. Along with this Dr. Picheswar Gadde presented Shawl & momento to the esteemed chief guest. After this the Academic Report of Lingaya’s Vidyapeeth was presented by Dr.R.K.Chauhan. On this occasion Ph.D Scholars, Post graduate and Under graduate students of Lingaya’s Vidyapeeth were awarded with their degrees and Vice Chancellor read the Oath which was repeated by all the recipients while standing. The chief guest awarded Cash prizes and awards to the meritorious students and with this chief guest addressed the people and gave the best wishes for their future. Mr. NazarParwez from CSE department was awarded with the Chancellor’s medal and Ms. NersuSree Lakshmi from Civil department and Ms. Purnima Sharma from B.Tech CSE was awarded with Hari Shankar Award. The ceremony ended with the National Anthem. All the members of Lingaya’s Family have contributed in making this event successful. 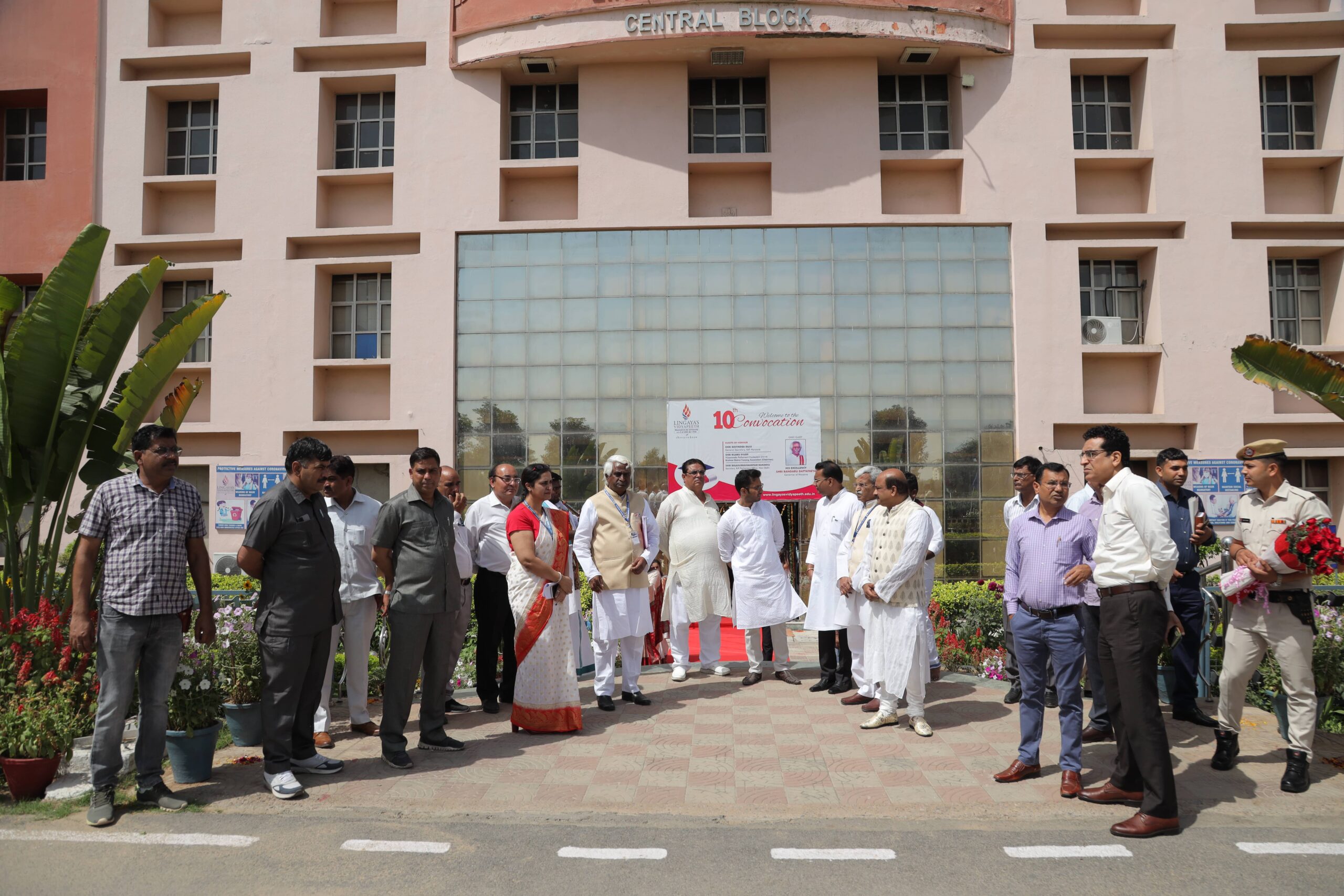 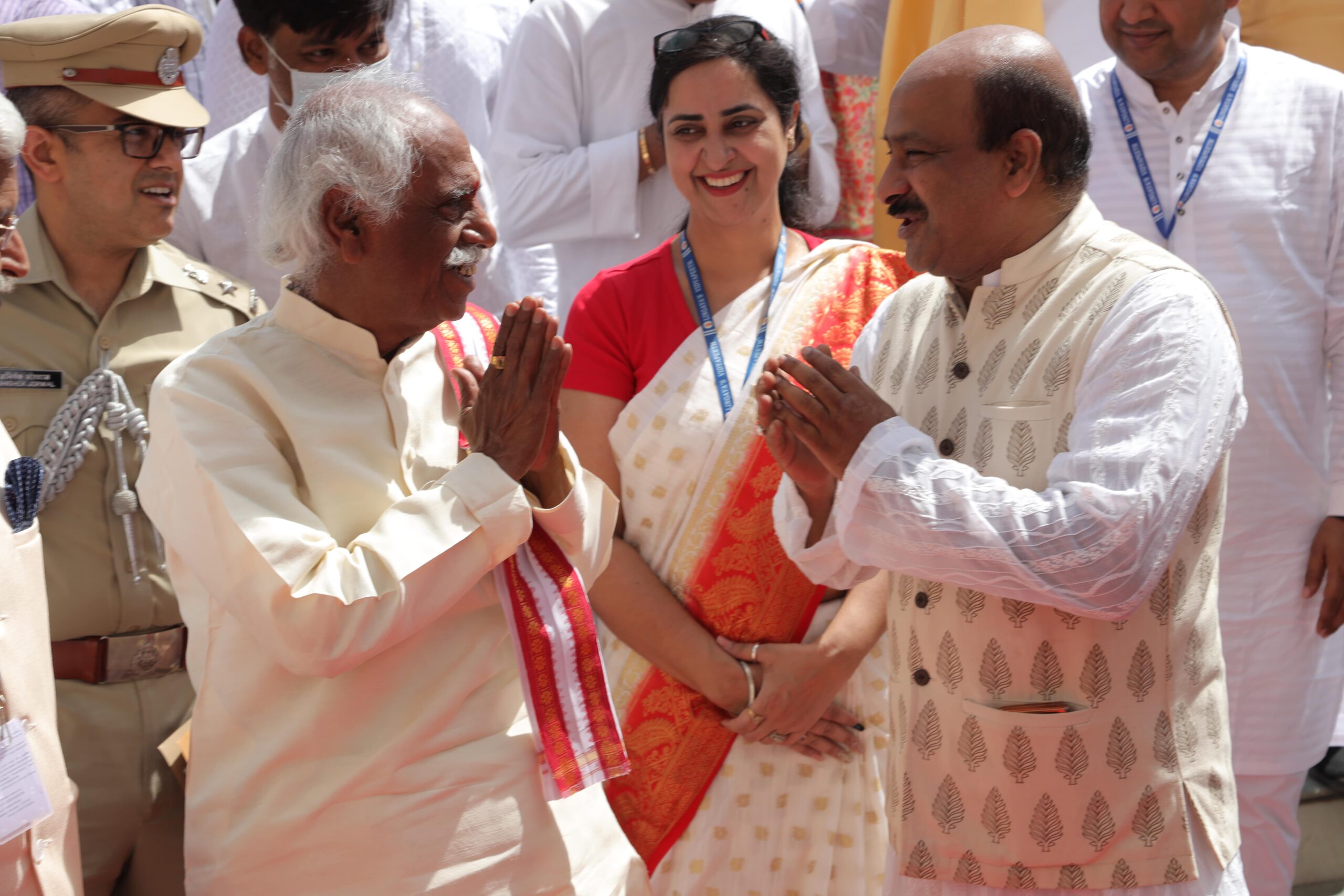 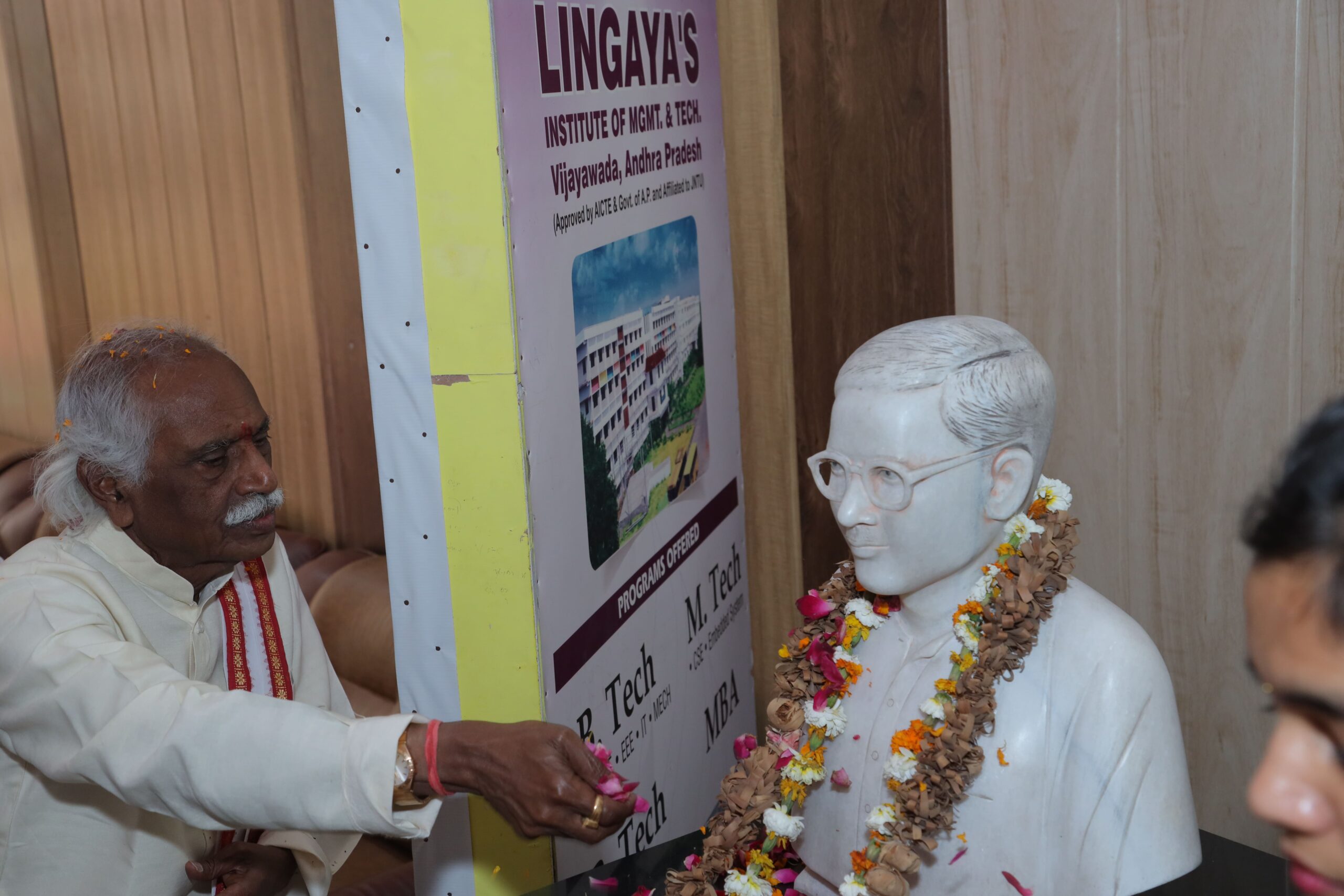 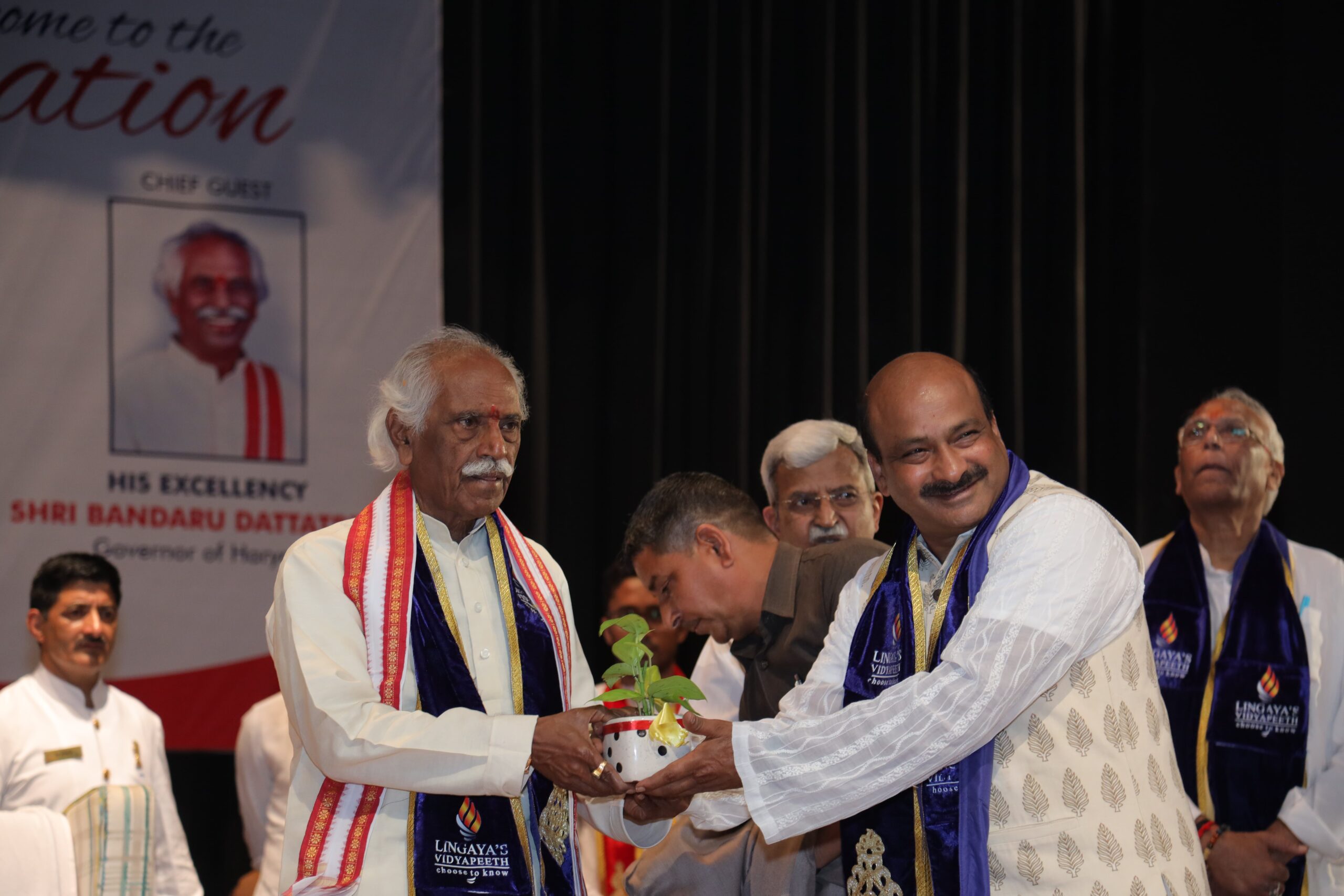 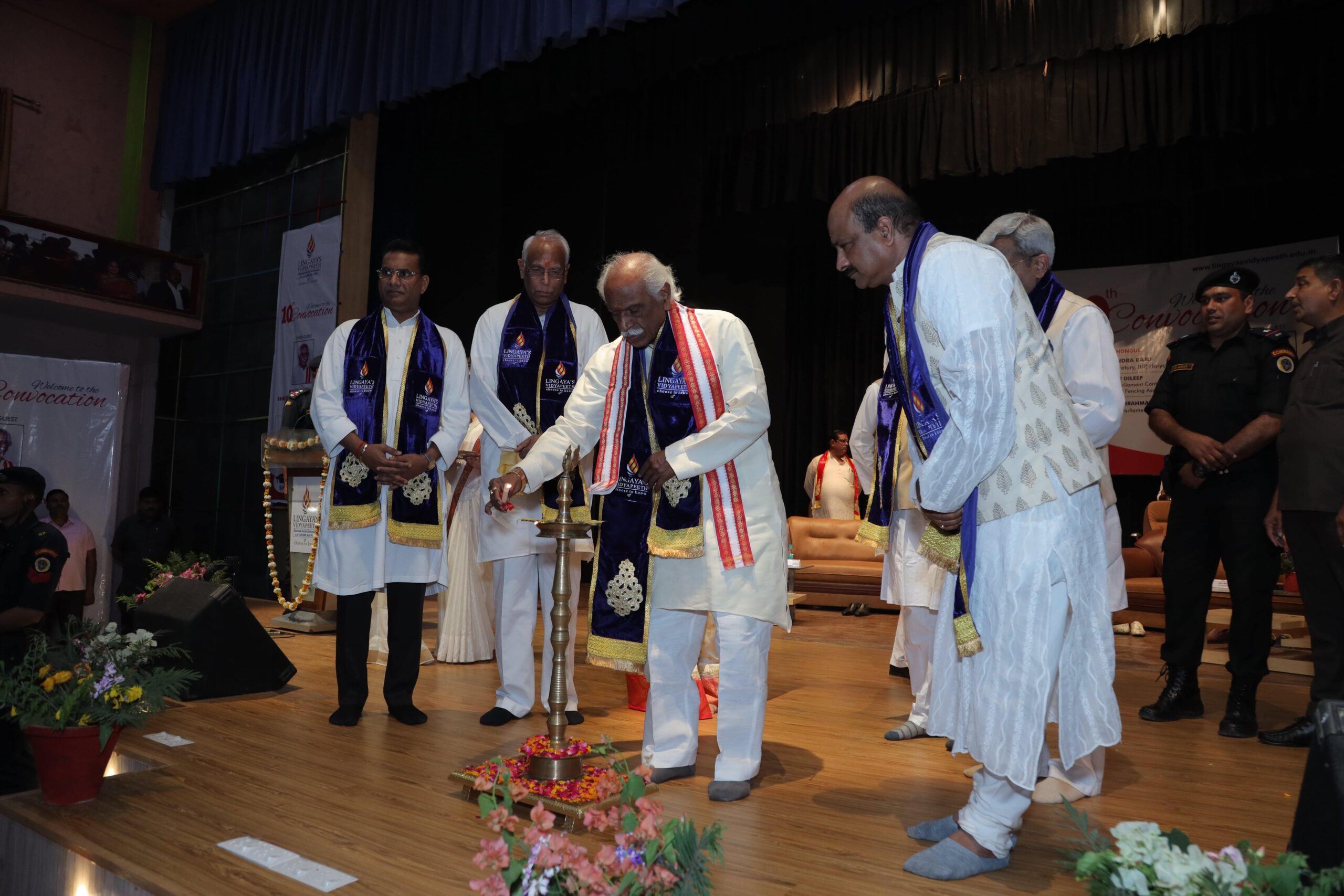 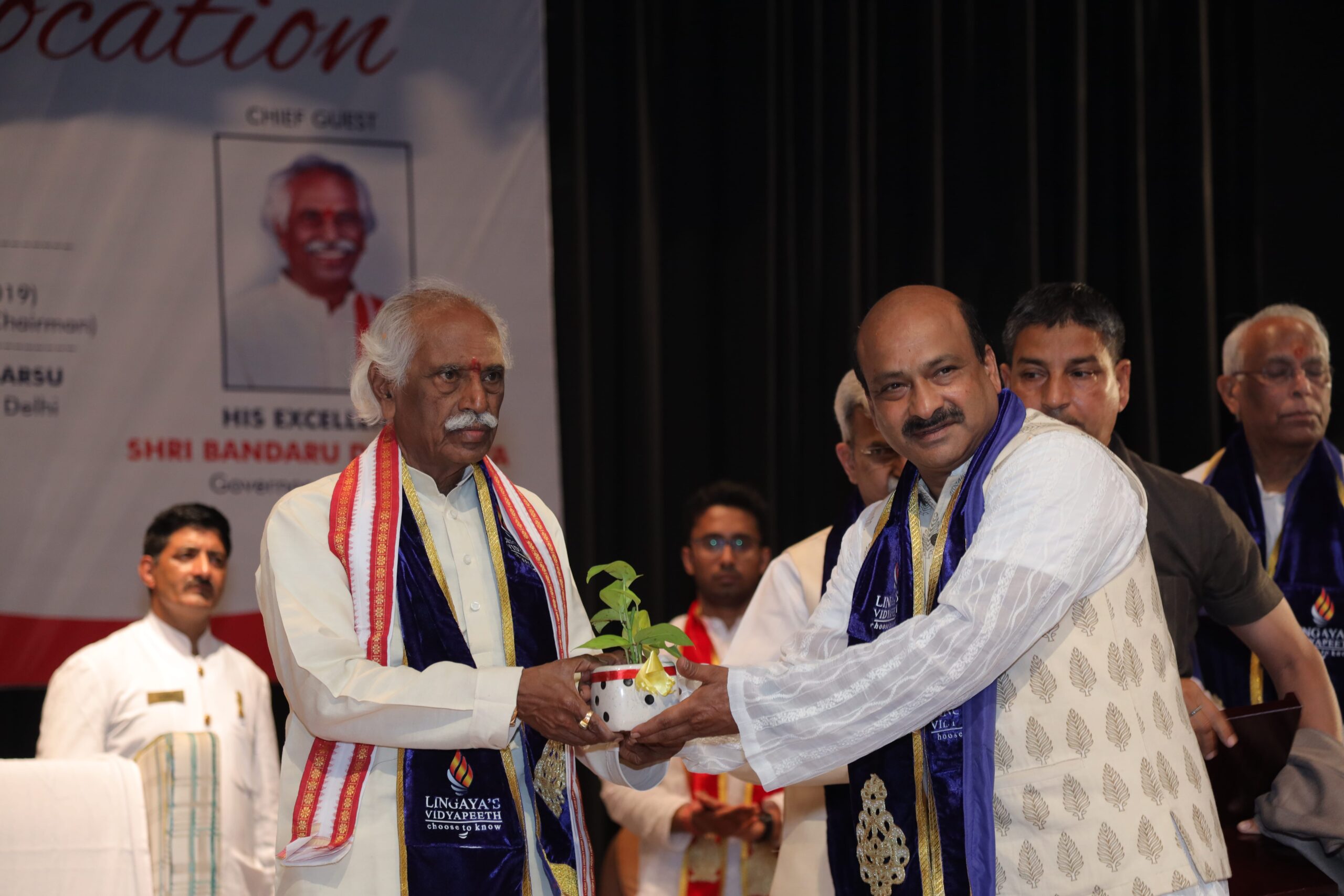 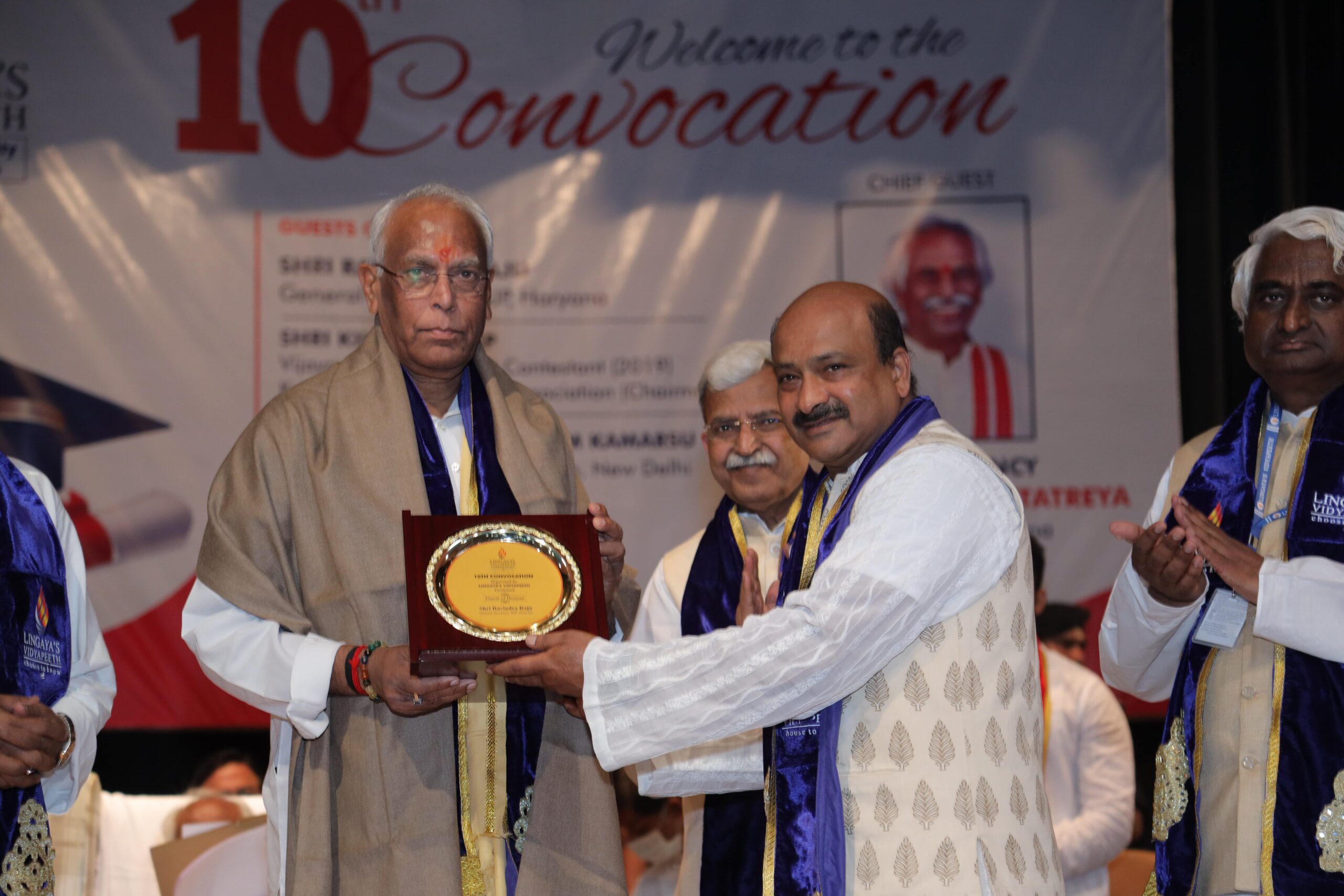 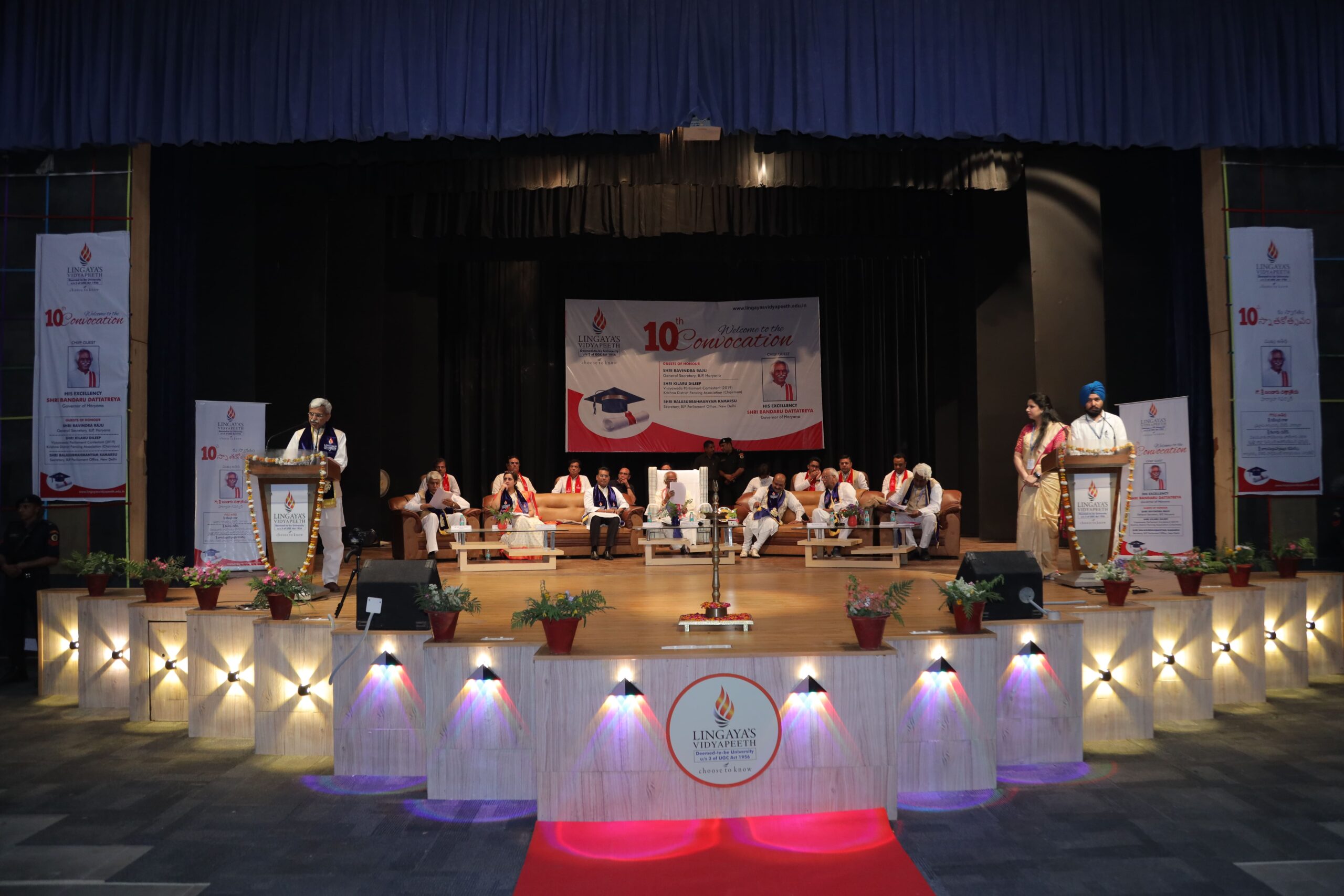 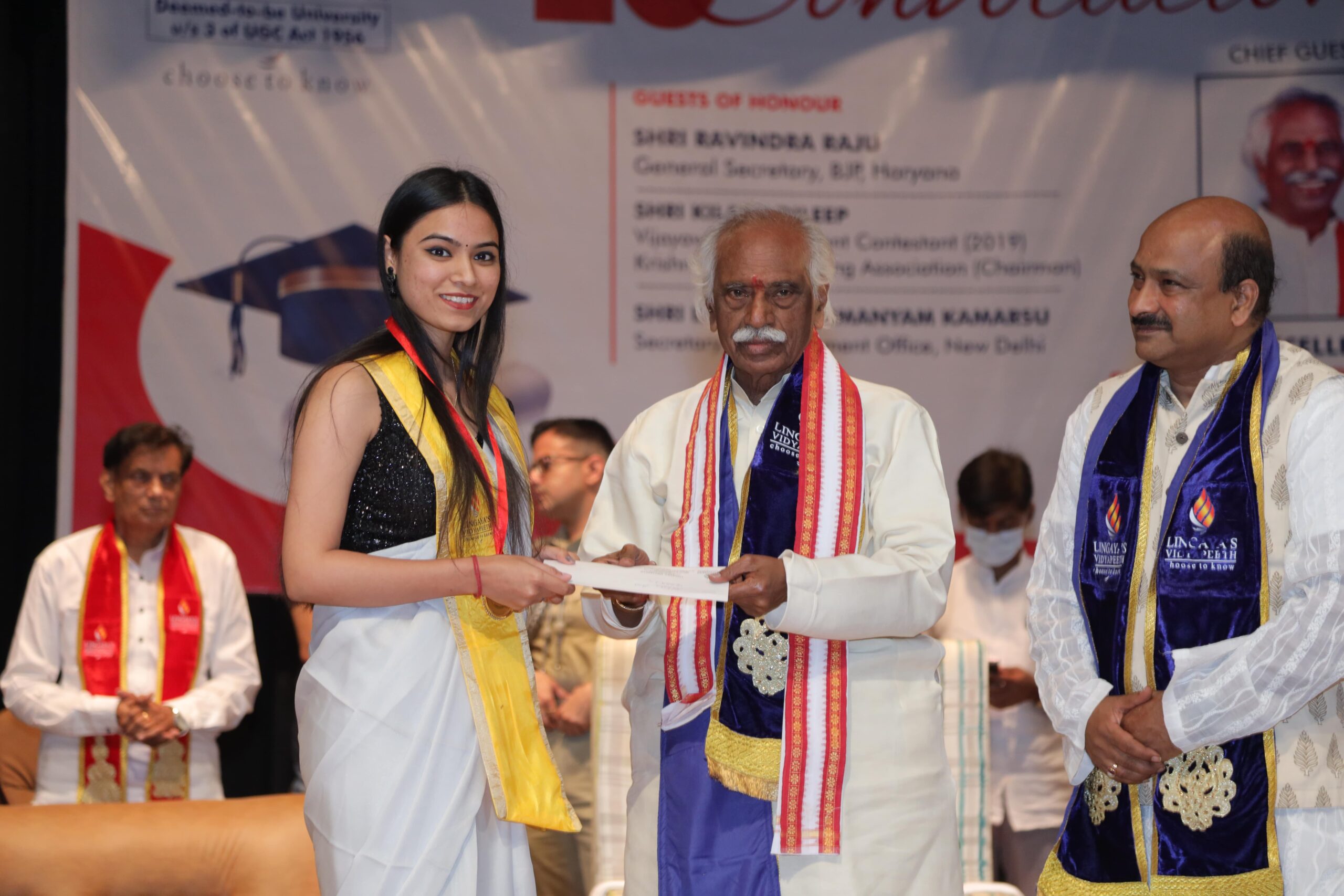 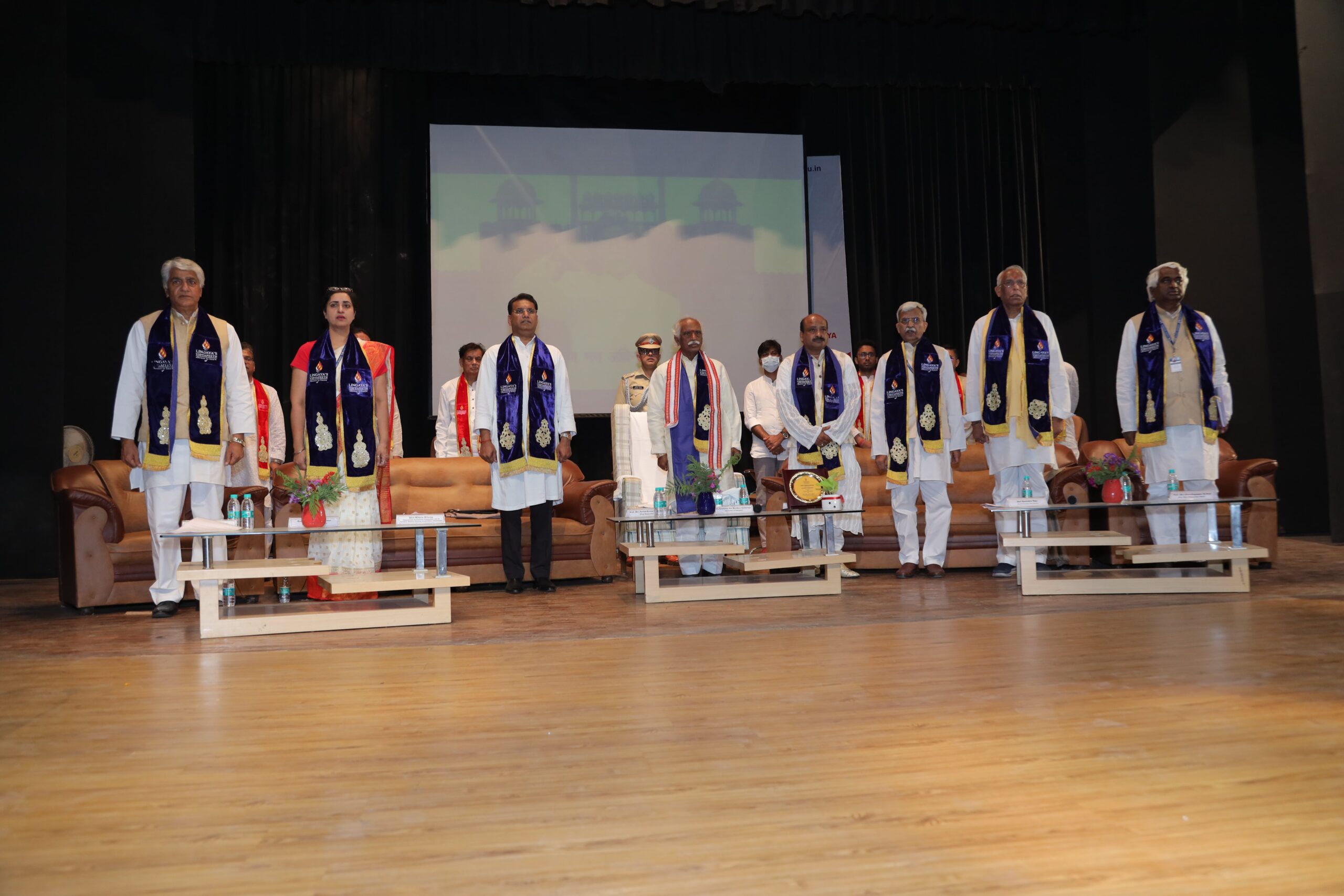 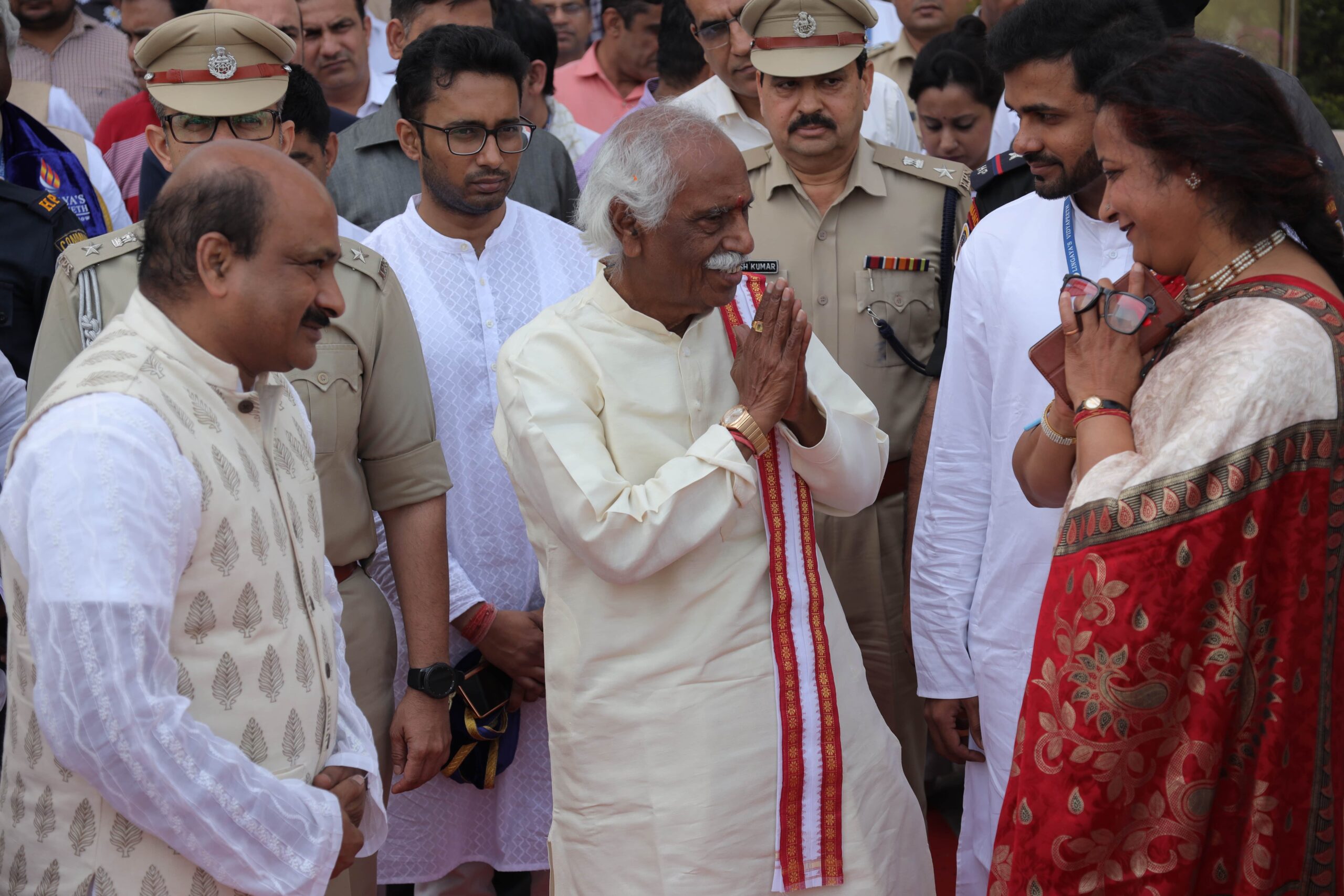 ×
Admissions Open for 2022
We recived your enquiry. Will reach you soon.